The idea behind the Spektra typeface initiated during the covid-19 pandemic. Alja and Krista (Type Salon) were locked down in separate rural locations of (already rural) Slovenia. Not being able to continuously work from their office in Ljubljana, they needed to figure out a way to be creative in their own spaces. Spending days inside of a small space and not able to enjoy social and outdoor activities, made them think about the state of the world we found ourselves in.

Their minds were filled by the quarantine atmosphere and brought realisations on how the whole situation affected our lives. It felt crazy and amazing at the same time. Suddenly, there was an opportunity for the whole world to stop for a moment. By directing focus into ourselves, people got an opportunity to work on the things they normally wouldn’t have ‘time’ for. At the same time, repetitive every-day-activities brought new questions and parallely, new answers. Their heading realization of the situation was that diversity of cultures, ideas, religions and races contributes to the richness of every day and so affects every person. Accordingly, they gathered their thoughts and applied them into the activity they enjoy the most – designing typefaces. 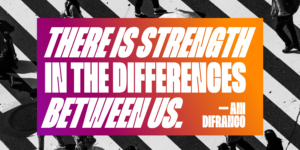 The name of the font Spektra originates from the word spectrum and so addresses a wide range of different ideas, qualities, situations, positions, opinions. Following this spirit has guided the development of the multi-script typeface. Alja and Krista made a decision about Spektra being broader than only-Latin-typeface in the starting phases of the development.

By combining various scripts: Latin, Arabic, Cyrillic, Greek and Hebrew, Spektra combines different locations, cultures and ideas around the world and celebrates the differences among them. 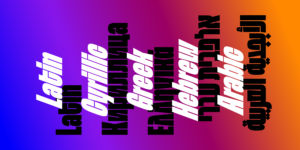 The style set for the letter shapes was chosen with consideration and regard to every script. An important characteristic of the font is the counter shape – negative space that is formed by bold strokes which are compressed into condensed letter-forms. The negative space is therefore the feature that defines the whole typeface and has birthed some distinguished letter forms such as J, N and M. In Slavic languages, letter J is very often used and because of that this letter is seen in various shapes through printed mediums. By referencing this particular style, Alja and Krista defined the horizontal bar of J so it fills the negative space which J produces. Furthermore, tight negative space defines every script included in the typeface, with special focus on Arabic shapes, which are more curvy and floaty, rather than stiff as in Cyrillic. 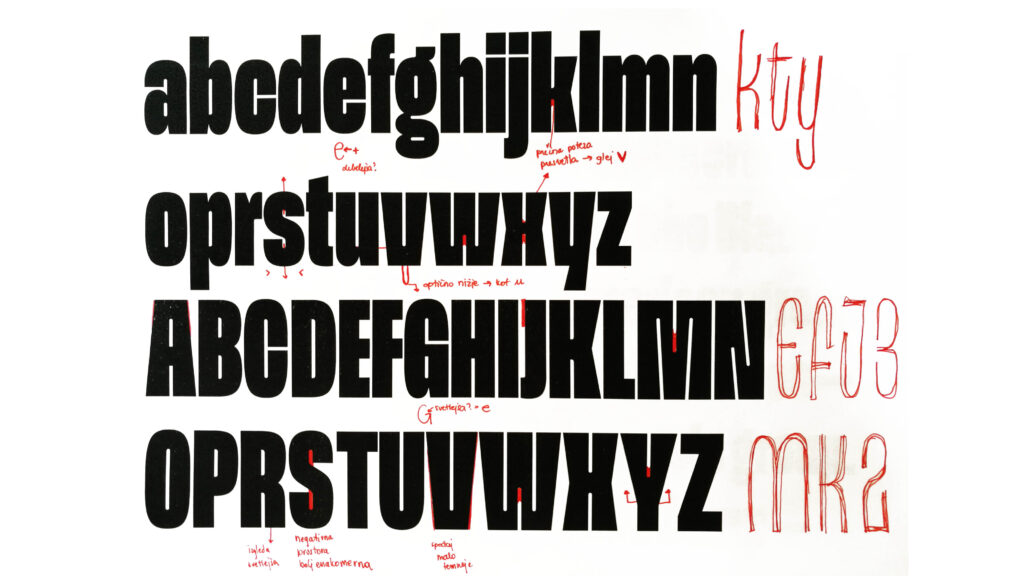 Spektra typeface also presents the interweaving of different cultures throughout the common history. For instance, Latin, Cyrilic and Greek script include some letters that share the same form such as: A, B, E, H, K, N, O, N, P, T. This represents the connection and dependence of different cultures where we all share similar ideas, either in scripts as letters or in life as values. 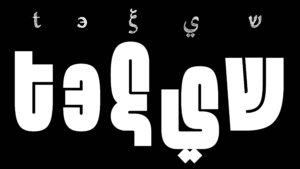 The intersections of diagonals are unusually rounded, but with the sense of other scripts in development that detail is essential for Arabic script. During the development, they noticed that Arabic diacritical marks can sometimes be wider than the letters itself so they added a stylistic set that places the dots on top of each other instead of horizontally. Another feature that follows the spirit of raising the voice is variable slant. The italic letter forms are normally used when emphasizing the spoken word. The idea of having variable angles from back slant to italic is offering designers to spread the voice regardless of which extreme would they prefer the letters to lean on. 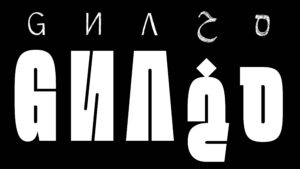 Development of the typeface was heavily influenced by the famous poster campaign WAR IS OVER. If you want it; where John and Yoko spread their hope for peace through a simple message, with bold, compressed and tightly-spaced uppercases. In Slovenia, quarantine brought new emotions to the people and spread the idea of raising the voice and standing out for their rights. As protests started to expand in other countries too, they felt that Spektra could be a representative letter shape of the current state. Alja and Krista reckon it would be well suited on big sizes for headlines or posters and for standing-out expressive projects.

Make them accept your diversity with uncomfortability.

Based on those values and emotions the development of multi-script typeface brought in their heads, they initiated the campaign: un_comfortables. What about you makes others uncomfortable? By asking this question they would like to make you think about the acceptance – of others and consequently of yourself. They created a space that celebrates diversity and uniqueness by talking about bitter feelings and sour thoughts. By releasing those feelings and accepting them, our world could be a more comfortable place to live. 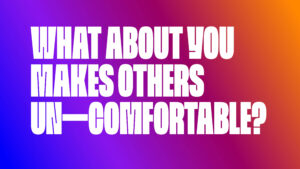 They have been collecting the uncomfortable answers and sharing them as statements designed in Spektra. Instagram channel is creating a space to talk about our differences by celebrating and accepting them. 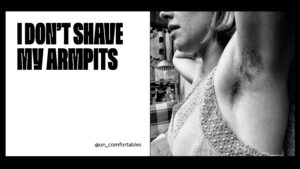 What about you makes others uncomfortable?

Lastly, they would like to invite everyone to be part of their campaign and contribute with the content or statement. For everyone interested in designing their own answer and shaping new values – they are offering Spektra. With the community of contributors, they would like to expand the solidarity and kindness among the people and so raise awareness. The story of Spektra typeface and the idea of an acceptance campaign go hand in hand, both striving to connect and bring people together by common values.